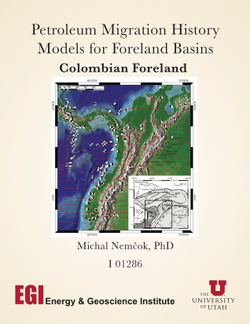 Foreland strata accretion into the developing thrustbelt taper accelerated sediment transport from the emergent portion of the orogen undergoing mountain building control a relatively rapid burial of the proximal portion of the foreland basin. They are the most prominent factors affecting the expulsion timing from the organic rich strata residing under and inside the foreland basin fill.