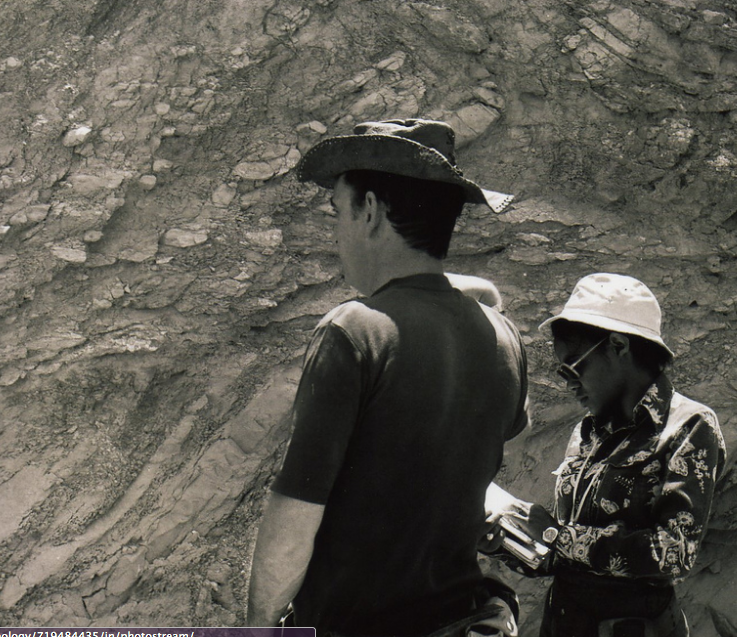 In the early 1970s, the University of South Carolina formed the Earth Sciences & Resources Institute (ESRI), part of which would become EGI. ESRI was established with an early focus on studying the geology and resource potential of North Africa. As early as 1973, ESRI began sending scientists to several countries across Northern Africa: Egypt, Morocco, Tunisia, Algeria, and Libya on trips in partnership with the National Science Foundation. The fieldwork conducted in ESRI’s early years resulted in multiple research projects explaining regional and basinal geologic contexts. Examples of these reports from EGI’s catalog include:

The fieldwork conducted for these research studies also supported multiple local candidates’ masters and doctoral theses in the 1970s and 1980s. EGI has continued to build on the international research performed and the connections formed in its early years with more studies revisiting the area and new partnerships created in the 1990s and early 2000s. EGI has been proud to host visiting scientists from some of these countries in subsequent decades as well.

From the first reports out of North Africa, our energy fluids research catalog has expanded to include more than 900 thematic and regional research reports available to current members on EGIconnect. EGI is continually completing new topical and regional research in Africa, such as our Red Sea & Gulf of Suez Basins study now available for sponsorship and available for corporate associates at a discounted sponsorship rate. As ASKEGI looks back on EGI’s history, we remember the connections made and the research performed in the early years set our course as an internationally recognized part of the energy industry and look forward to another 50 years of… the science to find energy.

No comments to show.