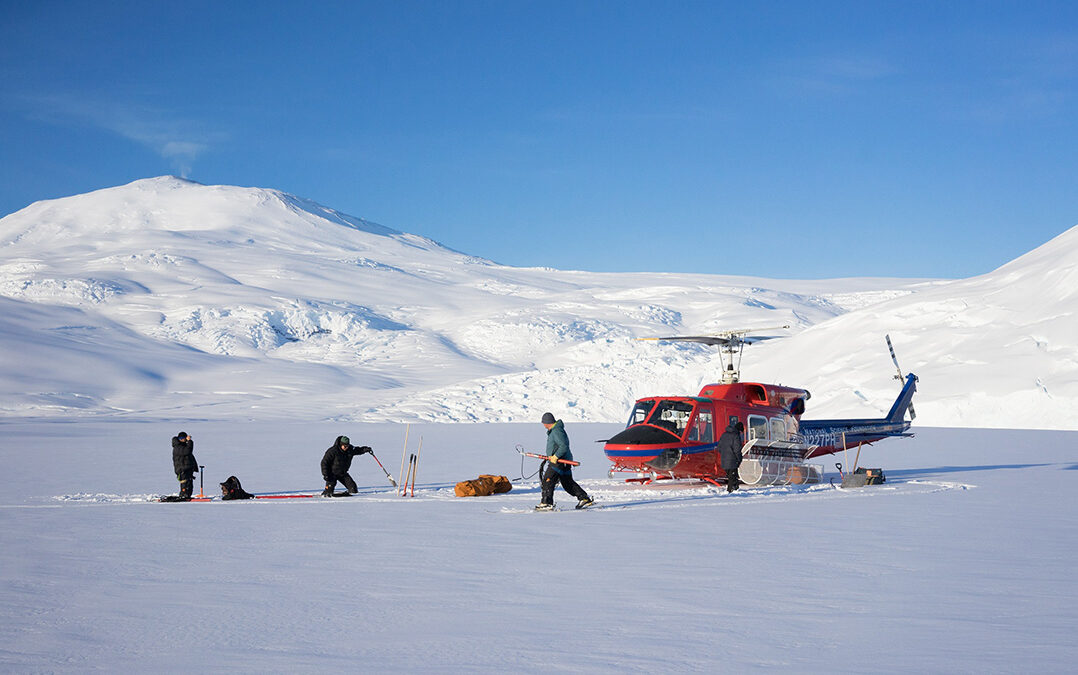 A new research study by EGI Research Professor Dr. Phil Wannamaker and collaborators from the University of Utah and the University of Canterbury New Zealand is adding to our understanding of magma flow. This study, published in Nature Communications, examines the role CO2 plays in preventing magma from becoming trapped deep underground, using data gathered from the active Mt. Erebus volcano on Ross Island, Antarctica. To date, the study has been accessed over 1,300 times and is the volume’s most popular article.

The study collected data over three years at 129 magnetotelluric sites spread across Ross Island. The patterns of backscattered electromatic radiation collected from the sites were then assembled into a model of the Earth’s crust and upper mantle down to a depth of around 60 miles (100 km). The data showed a column of low electrical resistivity originating in the upper mantle, with a sharp lateral turn before reaching the lava lake beneath Mt. Erebus. Wannamaker and his colleagues hypothesize that this turn operates as a structural fault valve for episodic releases of CO2 and magma. Unlike volcanoes in other parts of the world which are rich in H2O, Mt. Erebus’ CO2-dominated system shows greater magmatic flow to the lava lake and less stalled magma in the crust.

Dr. Wannamaker is a pioneer of high-fidelity magnetotelluric study techniques for polar ice sheet applications. He has completed extensive work in Antarctica, including on a study of the uplift of the central transantarctic mountains.

Read the study in Nature Communications

Read the full press release from the University of Utah

No comments to show.